Why Borrowing Locally Makes All the Difference! 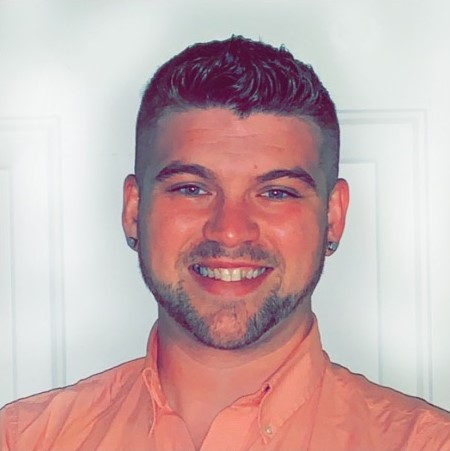 My fiance and I just bought our first home. We decided to go with an out-of-state lender thinking we'd get the best rates and lower closing costs that way... but boy were we wrong!

We were referred to this mortgage company and told that they "specialized in working with young couples to make it easier," but their process turned out to be nothing of the sort!

After the long and drawn out experience of working with an out-of-state lender, we both realized that we would have been MUCH better off working with our Credit Union or even a local bank. Over the last five months we had to make numerous phone calls to check in to see where our loan was in the process. The lender contacted our employers multiple times to verify our employment, and they always seemed to give us the run around when we asked any questions.

During the application and approval process we spoke with a staff member of the lender who did work in our state. But then we also started receiving phone calls from Ohio, Pennsylvania, and Rhode Island, and it seemed that none of these people were on the same page. During this time I reached out to some of my former colleagues and friends who borrowed with their local credit union or bank to see if they had the same experience.

One of my former colleagues, Veronica, bought her first home earlier this year, and she said that the process was a piece of cake!

I asked her if she felt like she had to jump through hoops to get what seemed to be even simple answers. She explained that maybe "if I didn't have the money to put down, knew what ratios the lender would be looking for, and perfect credit, it probably would have required more steps than what I went through."

She works for the credit union that financed her mortgage, and she felt it was easier because she knew who she was working with and wasn't hesitant to ask any question she had. So I asked someone else about their home-buying experience.

My friends John and Suzanne were working with a local bank to build a modular home on some property they owned, and they also felt the process seemed simple and easy!

When their appraisal came back, the property value was drastically lower than the loan amount they were looking to borrow. Their mortgage processor told them "you can put another $75,000.00 down, or if you make these changes you won't need to put any more money down." They took his advice, withdrew their loan, and started slowly putting in all of the necessary items like septic, well, power, foundations etc. to build their dream home next spring.

They said they were looking forward to working with the bank again in the spring because the loan officer was very informative and honest with them. Because he explained what they could do to accomplish building their home, they had a much better feeling than just being told they could not move forward with their loan.

But I still wanted to learn more, so I asked another couple about their recent lending process.

Luke and his wife Lexi just tied the knot, and were actually buying a home AND getting married at the same time.  I know... crazy! But they're go-getters for sure. Luke works for a credit union and I asked him if he worked with his employer to finance his mortgage. He said he liked to keep work and home separate, so he worked with another local credit union instead.

Luke explained that "the lending officer was easy to talk to, answered all of our questions, and we always felt in the loop! She even acknowledged that we were planning a wedding and was very accommodating to the stress of the wedding during the process." Even though they hadn't found a house yet, the loan officer checked in weekly to see how they were doing, if they had found a home, and how the wedding planning was going!

Borrowing from your credit union or local bank allows you the comfort of knowing who you're borrowing from, and they know you from the accounts that you have opened with them.  You can stop in at any time to ask questions and not be passed around a call center with people who know nothing about you or your loan.

PLUS more than likely even if they sell your mortgage they still house the loan with them for comfort and consistency.  My fiance and I are looking forward to being able to refinance with our local credit union!

Previous Story
← Facebook Ads: There are BIG Changes for Banks & Credit Unions!
Next Story
Is Your Financial Institution Having a Sales and Marketing Love Story? →